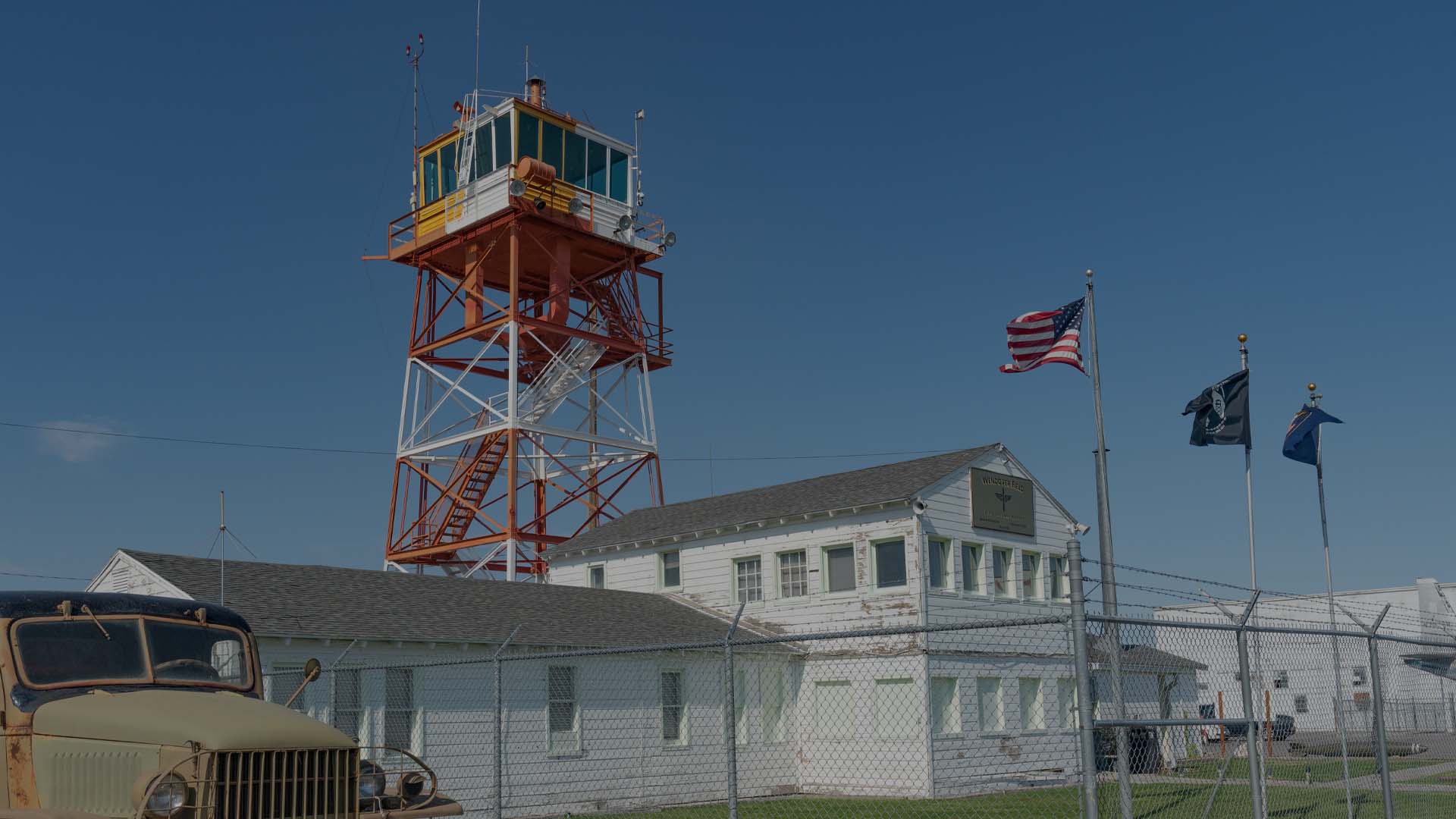 Originally built in 1942 our tower had seen many generations of pilots use the airfield in war and peace times. Some restoration was started by the airport in 2008.  In 2011 the Historic Wendover Airfield Foundation received a grant and the major restoration work began.. 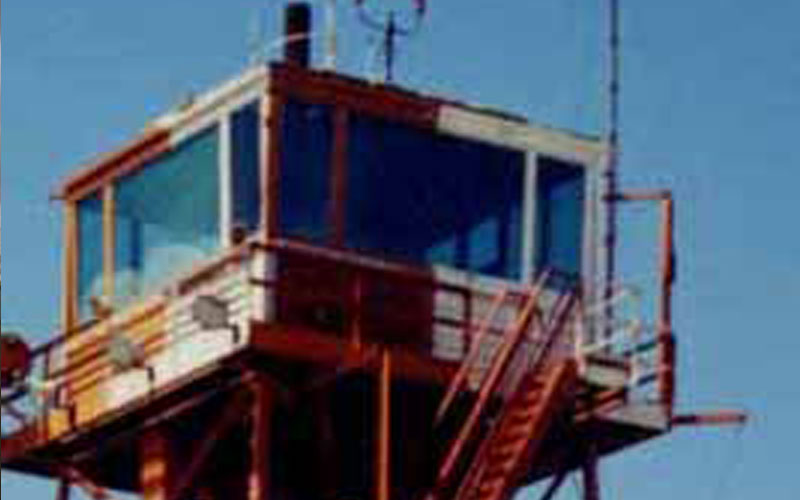 Two to four aircraft controllers would operate the station which was linked to the operations building below.

Tower controllers had radios but no radar. Signalling lights were used in the event of radio failure.

The tower is 60 feet at its tallest point

The tower has survived structurally for the past 75+ years with no issues.  Sometime in the past, the original configuration of 5 windows per side had been changed to two small windows and a large center window.  The restoration work restored the original WW II configuration.  The degraded original black and white tile and flooring structure was replaced along with restored ceiling tiles.  A replica control bench was constructed using WW II photos as a model and the interior was painted.  Finally, the exterior of the tower was painted in the orange and white paint scheme. 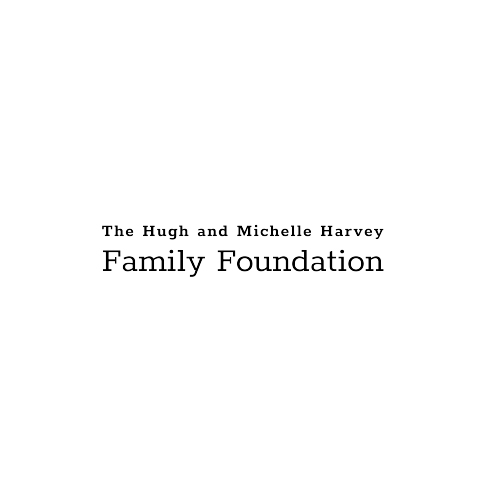 Join us on our next restoration project

Learn how you can support the Historic Wendover Airfield and our mission to preserve the pas!