Wendover Army Air Force Base, located just south of the town of Wendover, Utah, was first conceived of in 1939 when the Air Corps began an extensive expansion program. With a modern air war commencing in Europe, the construction of adequate bombing and gunnery ranges was high on the Army Air Corps priority list. The Air Corps desired some three million acres of land of which 90% was public domain. In 1940 the small train stop of Wendover, Utah was selected and work began in November of that year. However, because of grazing commitments to local ranchers and farmers, only 1.8 million acres were allocated. Initially, the airstrip was a sub-depot of Fort Douglas with fewer than 2 dozen troops assigned to the tar paper buildings and graded airstrip.

With the Japanese attack on Pearl Harbor, on December 7, 1941, the nation was awoken to the reality of foreign aggression and Wendover became a key base in training aircrews for action A fury of construction transformed an airfield of a dozen buildings into a base of several hundred barracks, squadron buildings, and hangars. On April 6, 1942, the first training unit arrived and found the area ideal for bombing and gunnery practice but lacking in ready facilities. Because of the remote location and lack of large population centers the base was ideal for newly created heavy bombardment groups flying the Boeing B-17 “Flying Fortress” and the Consolidated B-24 “Liberator”. Through the course of World War II, there would be 21 heavy bomb groups trained in Wendover including the 306th BG (ﬁrst to daylight bomb Nazi Germany), the famed 100th BG (known as the bloody 100th due to aircraft losses), and the Flying Tigers 308th Bomb Group which served in the China Burma India theater. While remote and extreme, the base provided training that would serve the servicemen and nation well. The quality of training contributed to members of three bomb groups, trained in Wendover, in earning the Medal of Honor.

Perhaps the most historically signiﬁcant role of the base was as the test and training site for the atomic bomb and the 509th Composite Group under the command of Colonel Paul W. Tibbets, Jr. It was Colonel Tibbets, ﬂying his B-29, “Enola Gay”, who dropped the atomic bomb on Hiroshima in August 1945.

The 509th Group was organized on December 17, 1944, and trained at Wendover until May 1945, when they left for Tinian Island in the Marianas. Through the end of the War, the 216th Base Unit (Special) continued working at Wendover with the Los Alamos Scientists assembling and testing ‘Little boy’ and ‘Fat Man’ prototypes to refine the design.  During its stay at Wendover, the base became a maximum-security area with a sign stating, “What you hear here, What you see here, When you leave here, let it stay here”. Led by Colonel Paul W. Tibbets, Jr. and under the training of Lieutenant Colonel Thomas Classen, the 393rd Bombardment Squadron practiced intensely to drop with optimum accuracy, a single bomb. The Wendover range proved ideal for testing and monitoring the bomb’s ballistic characteristics. Today the bomb loading pits still remain in silent testimony to the united effort of the 509th Composite Group and the national resolve to end a long and bitter war.

Wendover Air Force Base was closed in 1963, but periodically saw service into the 1980s when it hosted Air Force units participating in the famous Red Flag training exercises. Today the buildings, barracks, hospital wards, and hangars stand in tribute to the effort and very lives sacrificed in the pursuit and protection of our most precious American value, freedom.

A tour through the restored Norden bombsight storage building in Wendover, Utah...

Join us as we begin restoration efforts on our newly acquired Douglas C-54 Skymaster! In this video we remove the fairings off of the water tank that was used for aerial firefighting. Check it out and get an inside look of the aircraft.... 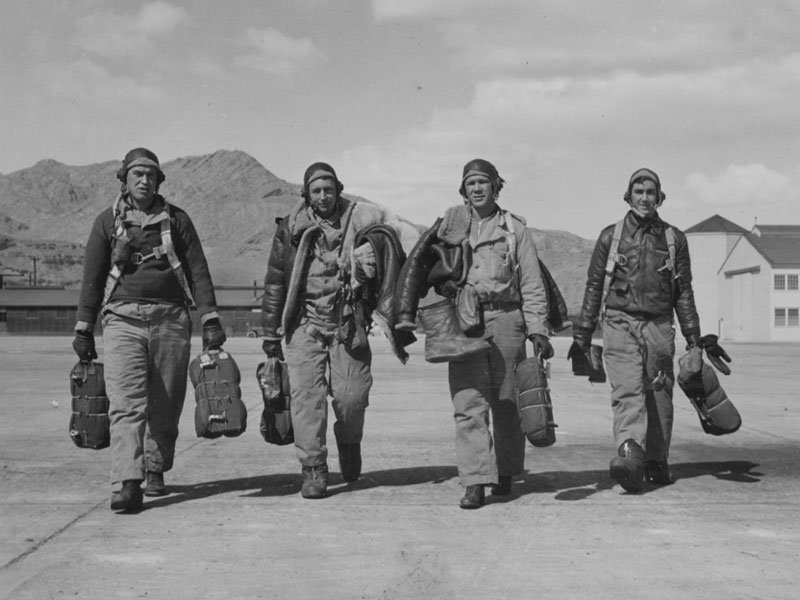 This video explores the flight clothing used during WWII particularly with bomber air crews.  Our museum curator shows several examples from our collections and offers also a brief history of the airfield....

A quick overview of the test bomb assembly process in Wendover during World War II when the 509th Composite Group trained here....

B-29 Hangar Tour & Base Restoration

Join us on our last weekly live history lesson as we venture through the B-29 hangar built for the atomic mission group. Our director, Jim Petersen, also discusses previous and future restoration efforts at the Historic Wendover Airfield....

In this episode, join us as we visit one of the few remaining atomic bomb loading pits in the world where prototypes units were loaded into Silverplate B-29s at Wendover Army Air Base for testing. We discuss the 216th AAF Base Unit (Special) that was hard at work assembling prototype weapons as part of Project Alberta, as well as the 509th Composite Group which used Wendover to train for the atomic missions that would help end the war.... 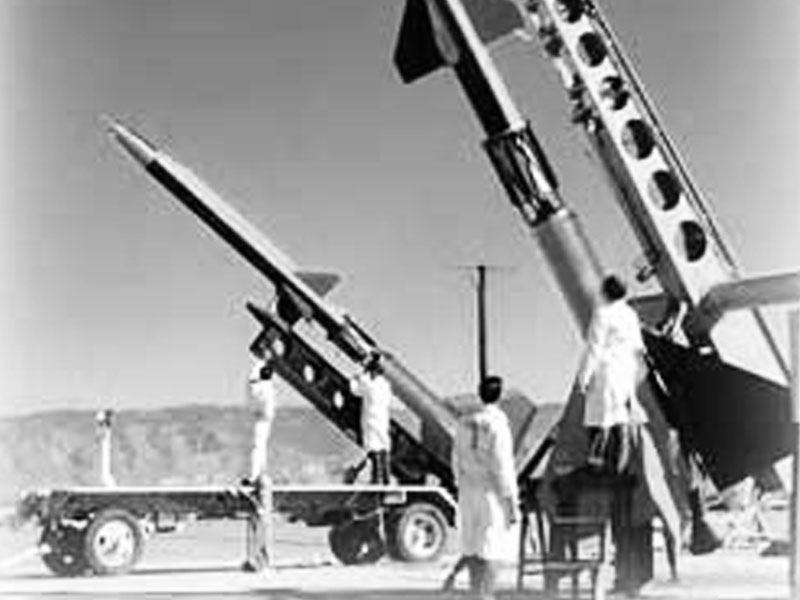 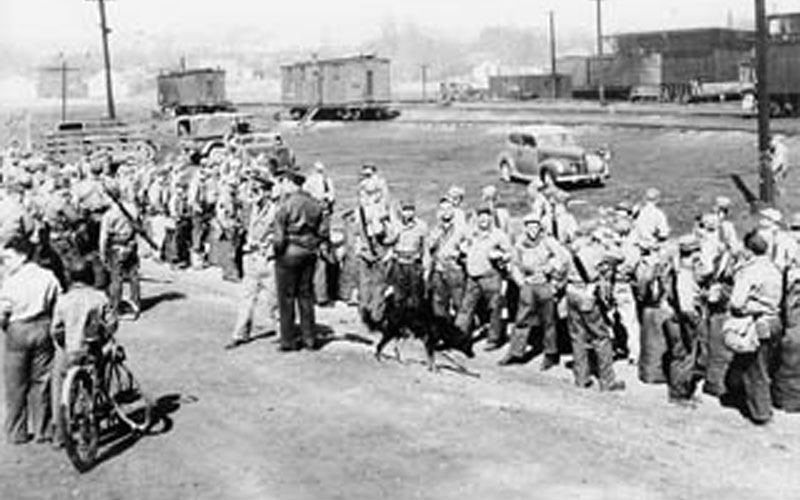 WW2 HistoryWendover Field was conceived during the late 1930s, and Congress appropriated funds in 1940 for the acquisition of land for bombing and gunnery ranges. Wendover was selected because of the Great Salt Lake desert with its shimmering salt flats and other vast uninhabited terrains.... 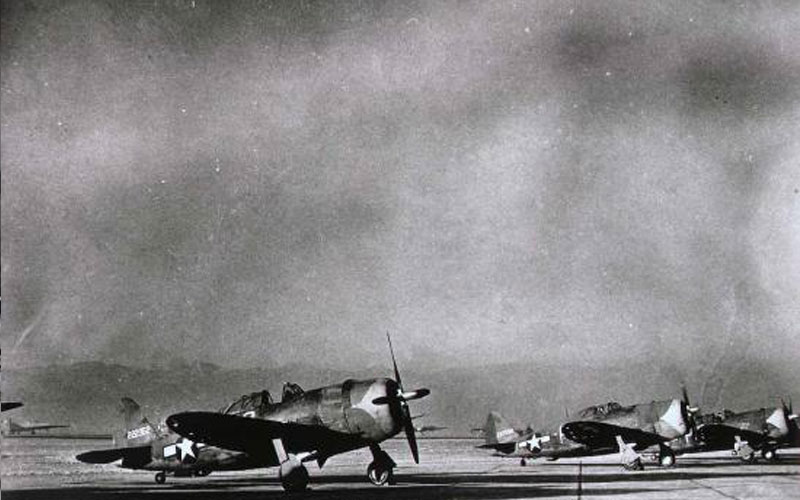 The following bomb groups trained at Wendover Airfield. The restoration committee is now working to gather information on all the squadrons and groups. Anything that you could contribute to this cause will be very much appreciated.... 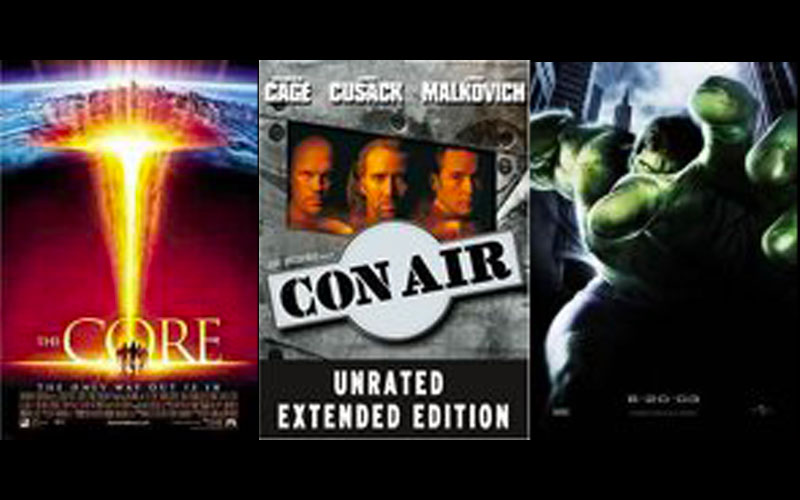 Wendover Airfield has served a backdrop for several Hollywood productions. Here is a list of recent movies that were filmed fully or in part at Wendover Field, with their release years.... 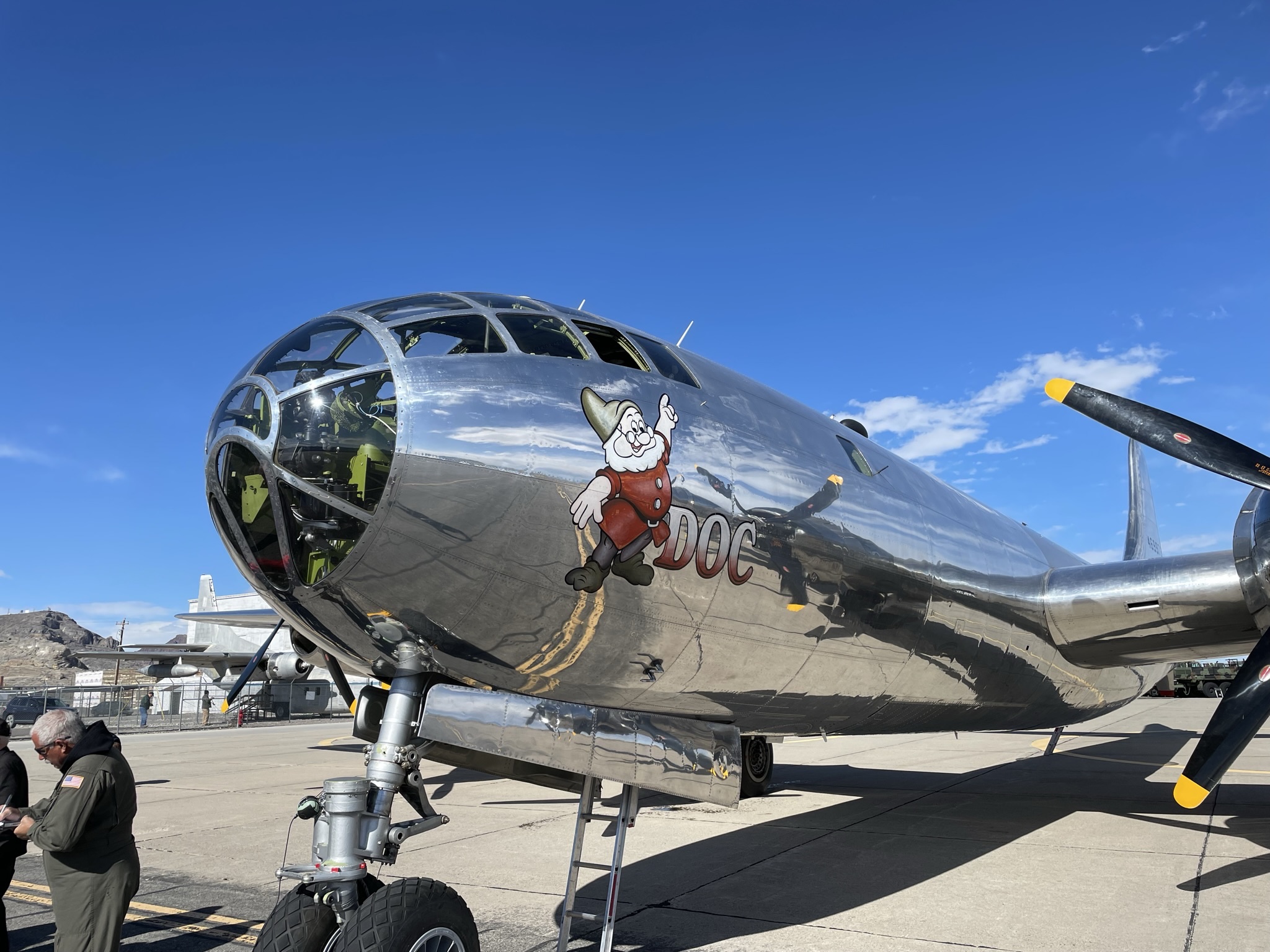 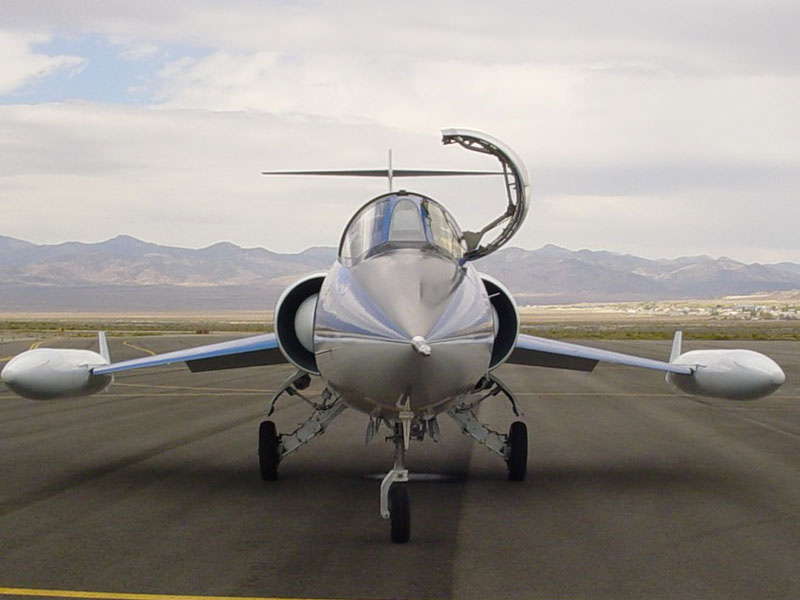 This is a curated photo collection of the 2002 airshow at the Historic Wendover Airfield.... 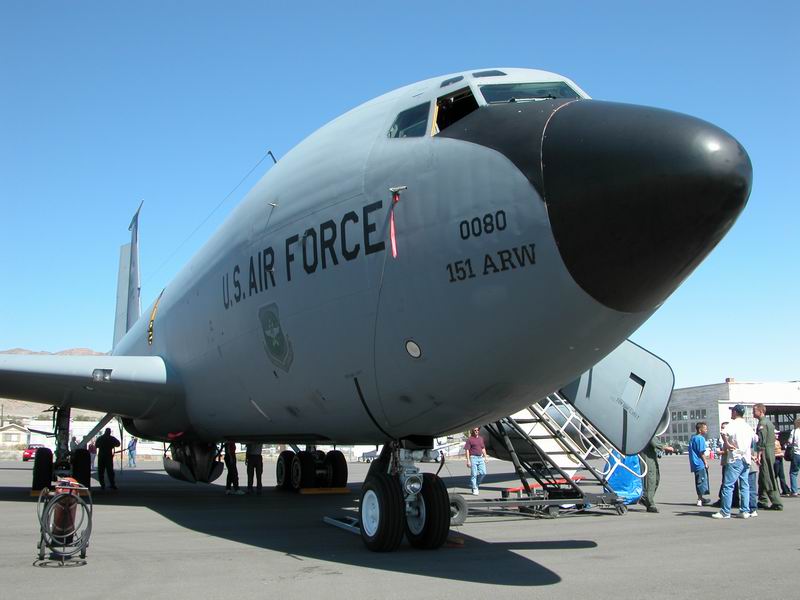 This is a curated photo collection of the 2003 airshow at the Historic Wendover Airfield.... 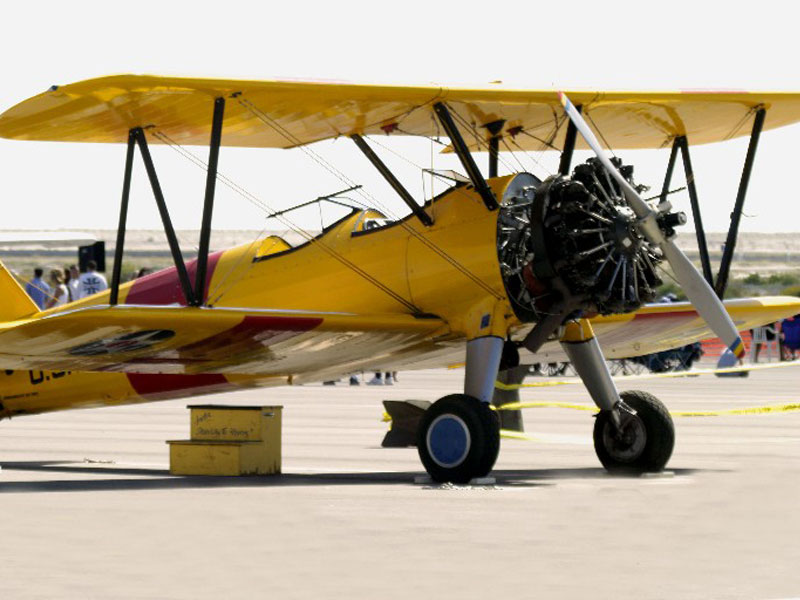 This is a curated photo collection of the 2004 airshow at the Historic Wendover Airfield.... 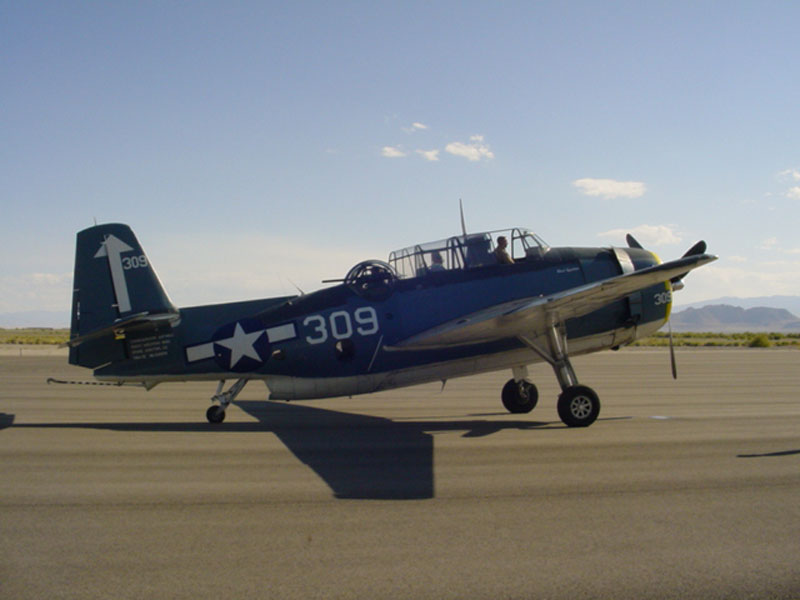 This is a curated photo collection of the 2005 airshow at the Historic Wendover Airfield.... 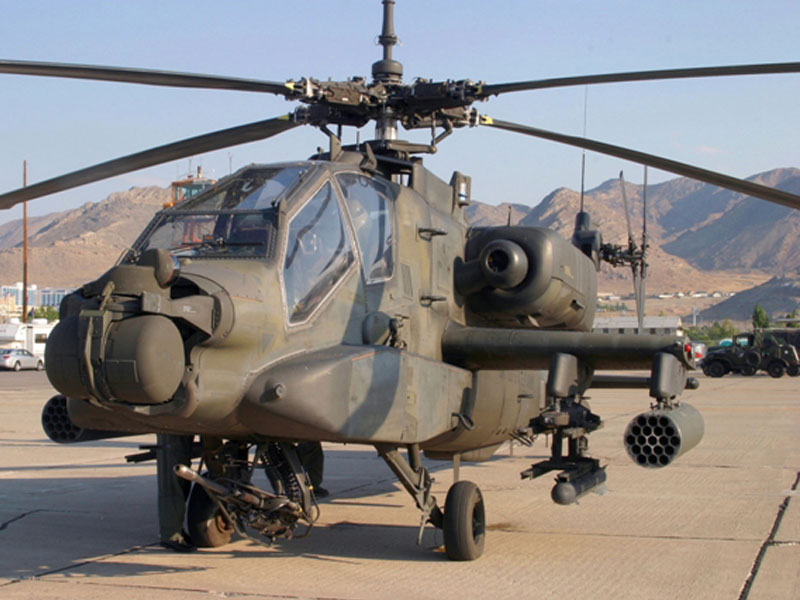 This is a curated photo collection of the 2006 airshow at the Historic Wendover Airfield.... 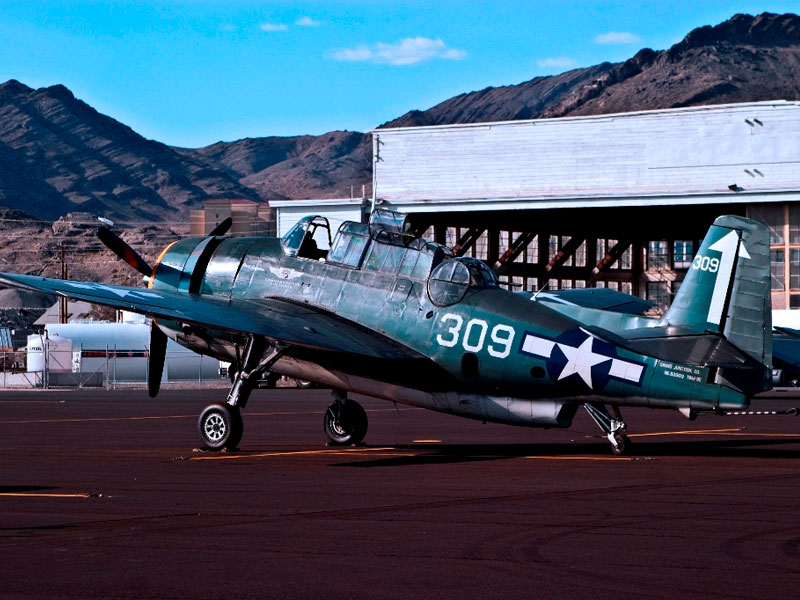 This is a curated photo collection of the 2009 airshow at the Historic Wendover Airfield....