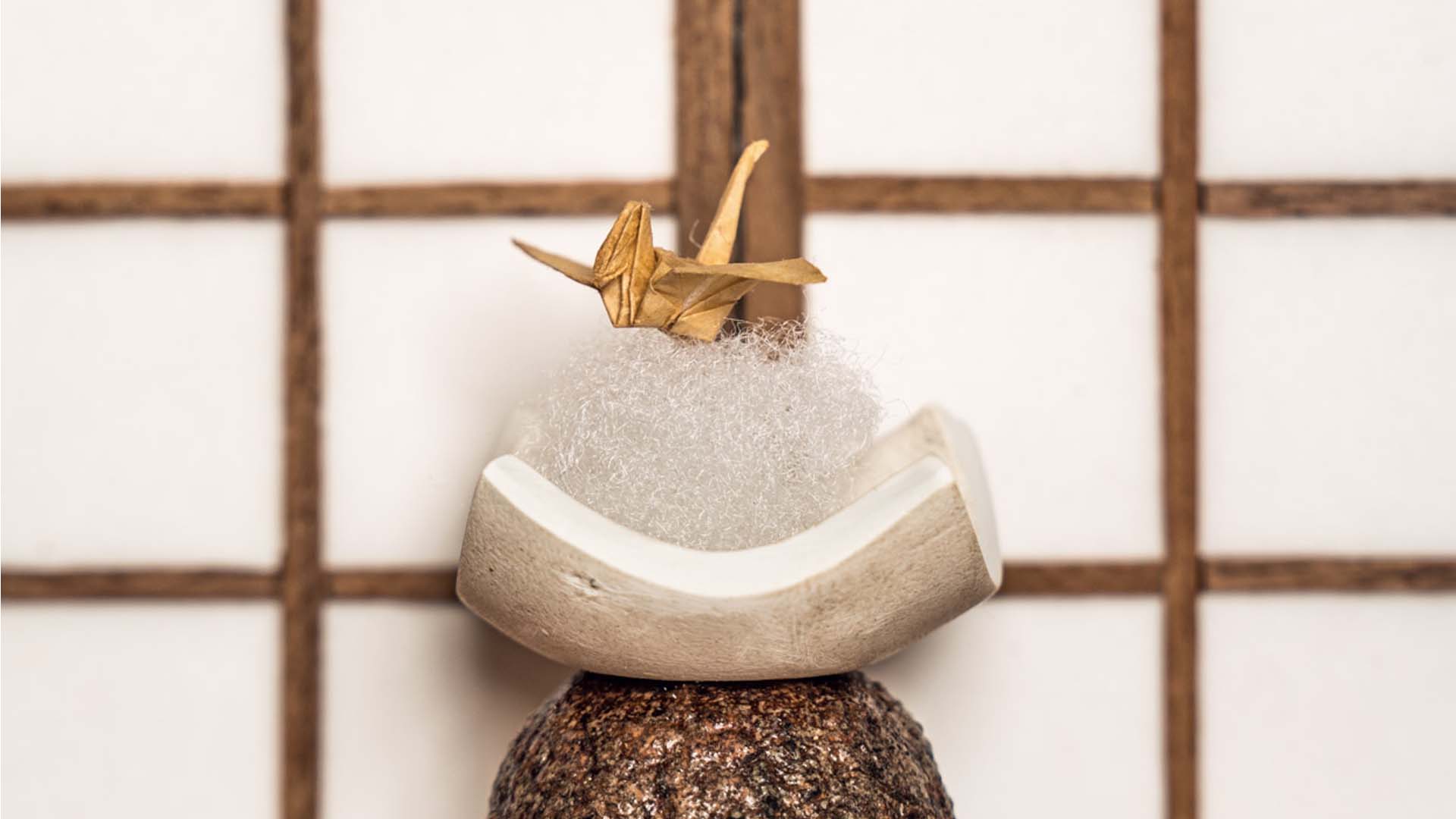 Posted at 02:22h in Exhibits, News by Jim Petersen

Rare origami crane was donated on August 5, 2017 in a ceremony at Historic Wendover Airfield

At the age of two, Sadako Sasaki survived the atomic bombing of Hiroshima. By the age of twelve she was hospitalized with leukemia. According to Japanese legend, anyone who folds one thousand paper cranes will be granted a wish. In an effort to regain her health, Sadako folded one thousand cranes and more before she passed away on October 25, 1955. One of only a handful in the nation, Sadako’s family donated one of her precious paper cranes. This artifact serves as a symbol of peace, and of the power of reconciliation. 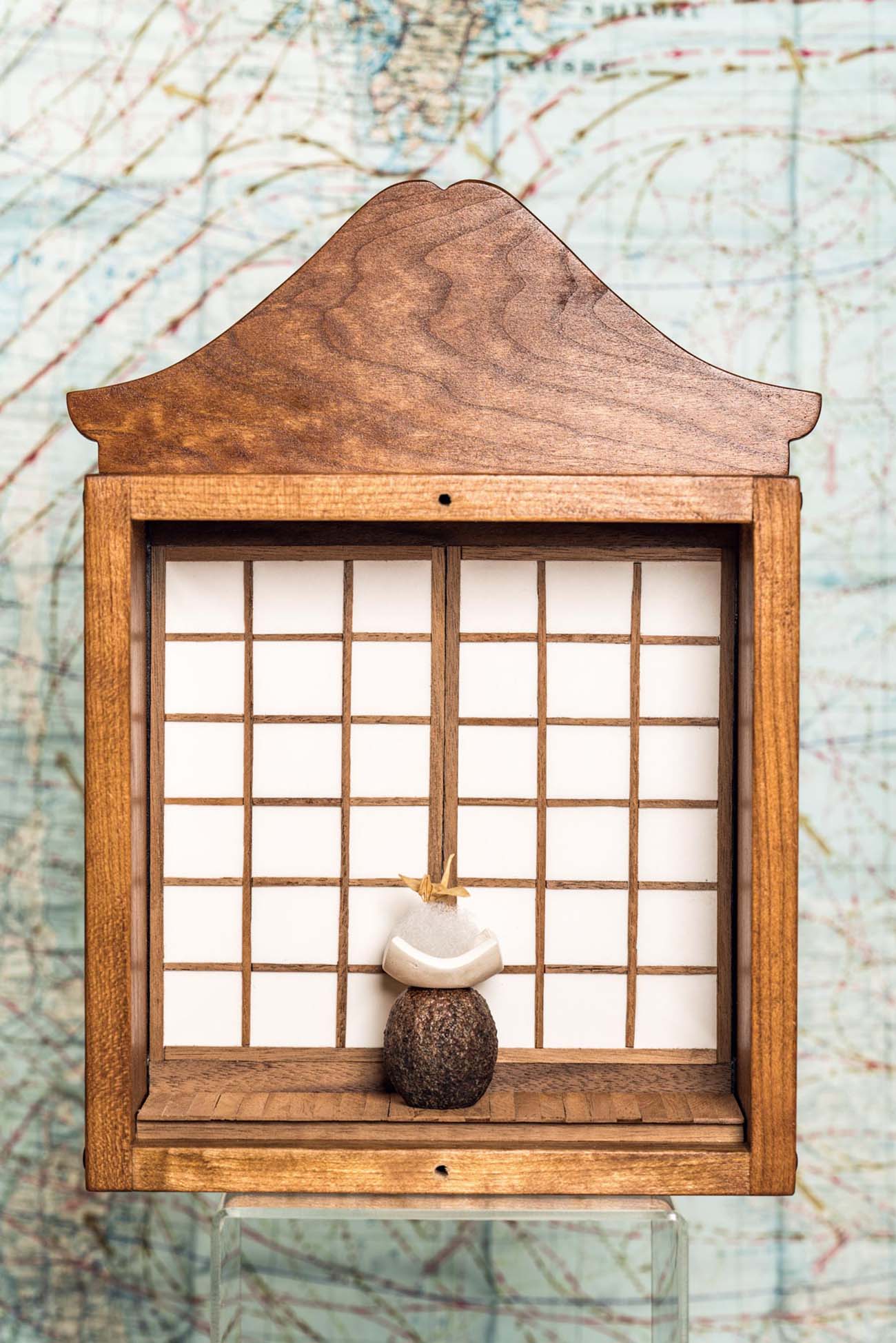 Sadako Sasaki was two years old when the atomic bomb was dropped on Hiroshima. When she was twelve, she developed leukemia and was hospitalized. A Japanese legend says if a person folds 1,000 origami paper cranes they will be granted a wish. Sadako and her family and friends folded 1,300 cranes before she died in October 1955. The practice of folding cranes has become a symbol of peace and origami cranes are often folded and sent to victims as a symbol of hope and recovery.

Sadako Sasaki’s family donated one of the few remaining original paper cranes to Historic Wendover Airfield as a symbol of the hope for peace among all people.  The ceremony was neither an apology nor a condemnation for events during World War II between the two countries, but a moment of reconciliation.

“Distinguished Guests, ladies and gentlemen, and a special welcome to Sadako Sasaki’s nephew Yuji who joins us today all the way from Japan, and the reason for gathering here today.

What a historic day, at this historic place, at this location, far away from major cities…just as Colonel Paul Tibbets envisioned.

Hiroshima and Enola Gay. These two words together hold so much meaning and emotion. It’s hard not to be moved, standing here in the very hangar that Enola Gay sat. We are witnesses to history today.

For the first time, two sides, one representing those who dropped the Atomic Bomb, and the other, victim, come together in the United States of America, not with enmity in their hearts but with thoughts of reconciliation.

It’s not an easy decision for either. One still harbors deep pain at the fate of one they loved; the other feels pride in the accomplishments of men who they consider heroes. Both strive to keep those memories alive.

We here do not represent Japan or the Japanese people; and we don’t represent the United States or the American people. Nor do we claim to. But we and what we are doing here is representative of both. We share the noblest of human values: compassion for victims, and the willingness to overcome anger, distrust, and hatred toward those who committed the act. We believe, what Japan’s Prime Minister Shinzo Abe termed when he visited the Arizona Memorial in Pearl Harbor with President Barack Obama last December, in the ‘Power of Reconciliation.’

And so we are gathered here today. Not to cast aspersion on the crew of the Enola Gay nor members of the Atomic Bombing Group, but recognize their service and heroism. At the same time, we remember the tragic victims of their act, the dropping of an atomic bomb, symbolized here by Sadako’s paper crane. We can and should do both. Because by understanding these respective truths, we will be able to move forward, to promote mutual understanding, and strive for lasting peace.

True reconciliation must include both elements. This act, presenting the very paper crane Sadako folded as she lay dying, in memory of the Enola Gay and the Atomic Bombing Group, this simple act speaks powerfully to the power of reconciliation.

I suspect few will fully appreciate what we witness here today. Maybe not now; perhaps in generations to come.

In closing, I want to express my deepest respect and admiration to Historic Wendover Museum Director Mr. Jim Petersen, and to Sadako’s nephew Mr. Yuji Sasaki, for their courage and wisdom, for coming together at this historic place, to perform this act of reconciliation. Their act will serve as a legacy for future generations, so THEY will continue to keep alive these powerful stories, so THEY will understand the ‘Power of Reconciliation.’”